On Killing Remotely: The Psychology of Killing with Drones. Book review 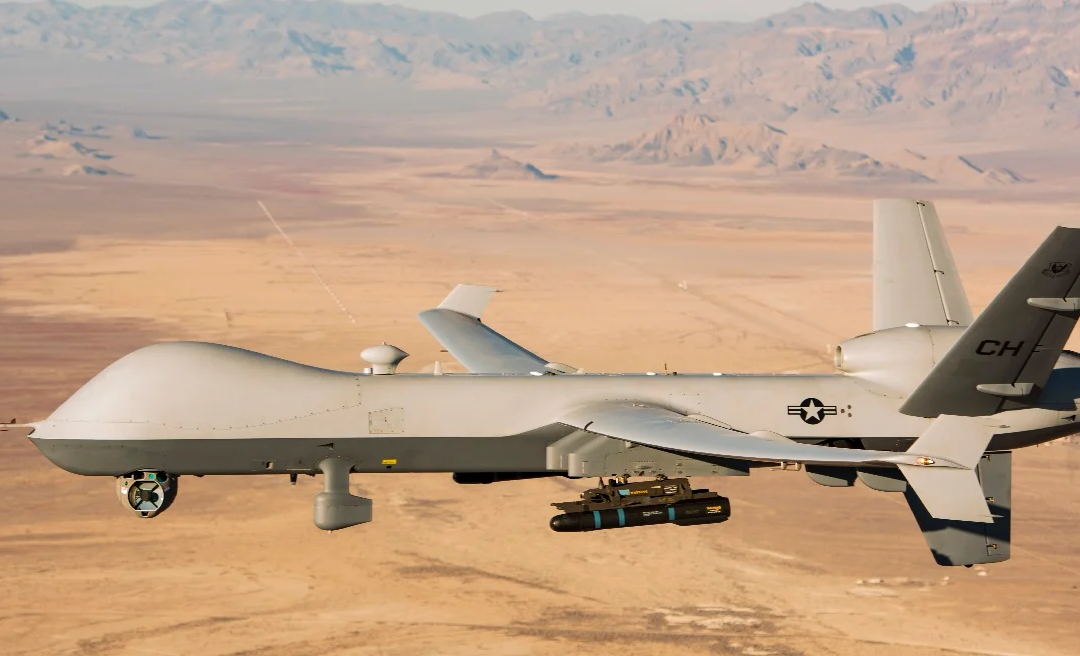 It’s very easy to develop beliefs based on shaky assumptions or half-baked facts.  I can readily admit that my beliefs were wrong when it came to UAS (Unmanned Aircraft Systems) pilots, the challenges they face, and how their mental health can have a wide range of consequences on the mission they set out to accomplish.Like most civilians my knowledge of the field came from news reporting. Which means that we only hear about such operations when a strike is completed and people are discussing -without full knowledge either- whether the strike was done properly, authorized, justified.

Make no mistakes, this conversation around the use of automated aerial systems is warranted and needed.  UAS have transformed the way the military operates and open the door to very ethical questions for future conflicts. However, lost in the conversation, are the pilots.  Because, yes, the vehicles, commonly called drones,  may be unmanned, there are still people operating these devices.

And these people are struggling.

A few months ago, Okaya got awarded a Phase 1 contract with the US Air Force via Afwerx (the innovation branch of the US Air Force).  Our Phase 1 is focused on finding the ways to help the mental health of the women and men of armed forces.  Mental health is a wide-ranging epidemic that has mission-critical implications.  As part of our work, we discovered that some groups were at risk.  Many were expected.  One was a surprise:  I did not anticipate how much UAS pilots’ mental health is at risk.

During our interviews and research, several people told me about these pilots’ challenges.  It intrigued me and motivated me to understand the root of the problem.  Why were these pilots impacted when, from the outside, they seemed to be the least likely to encounter problems?

Nathan Iseminger, a former airman, now working for the Grand Forks Chamber of Commerce helped me tremendously when he recommended that I read On Killing Remotely: The Psychology of Killing with Drones to better understand what was happening behind the scenes.
The book is written by Lieutenant Colonel Wayne Phelps (USMC Ret.) who drew on his experience and from interviews of dozens of pilots to draw a much more realistic picture of the struggles faced by people operating drones.

In no particular order of importance, I saw 4 factors that impacted the mental health of the pilots tremendously.  Surprisingly, I believe many of these factors should also be considered by business leaders when looking at their operations, especially in the new work-from-home approach.

Drones operate 24*7, and so do their teams.  That’s to be expected.  What is less understandable is that night/day shifts are assigned randomly with people going from one to the other every random month.
Many studies show that night shifts, when not planned on a long-term basis, have a direct and negative impact on mental health.

The book often brings up first responders (police, fire departments…) as groups the armed forces should look up to when it comes to organizing shift work.  It may be a start but at the same time we also need to acknowledge the mental-health challenges faced by first responders as well.  Their world is far from ideal so trying to replicate their environment may not be the best solution.

One chapter in the book is particularly poignant when we are introduced to pilot that did a strike against a target (in other words, killed someone) with a missile.  Then he got to witness that target’s family, especially his kid, pick-up the pieces.  I’ll get back to the mental impact of the first part in a moment but it’s the second part of the story that got even weirder.  Once the pilot was done, he turned off his screen and went to pick up his own kid at a soccer game.
I -and I’d wager most of the civilian world- always thought that drone operations were carried out from close range.  Turns out that many of them are done from half-way around the world, from a soldier’s home base.
This lack of separation in environment is a huge driver behind mental health issues.

Now, a disclaimer for the next paragraph.  In no way, shape, or form, am I comparing the act of releasing a missile on someone to the jobs most of us do from home.
Yet, we should not turn a blind eye to how our immediate environment will impact how we deal and cope with high stress situations.
Companies should take this element in consideration when addressing work from home questions.  For example, if you are in HR and have to lay-off people from their jobs and your only buffer between this activity and your family life is a tiny wall, after a while, your mental health will get impacted.
Similarly, someone who fields customer complaints all day long, only to hear their kids crying in the next room cannot be expected to be a top performer.

The job is not siloed.

Let me start, again, with my previous view of the world.  In my old belief system, I envisioned operations where intelligence groups gathered information, passed it on to the pilots that either collected more data or acted upon an order, and then another group assessed the results of the given mission.
Once again: Wrong !
The way most operations are setup, the pilots are heavily involved from the start in gathering information and knowing a target.  Some operations last for months and pilots develop a very intimate knowledge of the target.

Then, one day, they called to strike against that person.  Then they must make sure everything went well (again let’s be blunt…they look for body parts).

There are countless studies showing how the more time you spend getting to know someone, the closer you feel to them (even in a Stockholm syndrome kind of way).  It’s no wonder that pilots are impacted by these situations.  And of course, the compound effects cannot be ignored as missions never stops with some drones being operational non-stop for days.

The non-stop aspect deserves a section of its own.  Most modern drones fly for many days which means that crews must rotate all the time.  Turns out that there is a deficit in pilots and an ever-increasing demand for drones. This shortage has but one consequence:  More shifts, more strikes, and more overall impact on the operators.
No breaks, a strange work environment, and a culture of hiding weaknesses out of fear of repercussions, can only lead to operators being on the verge of breakdowns.
We often talk about the consequences of deteriorating mental health on an organization, but this is next level.

I do appreciate that the book does not shy away from the ethics of using drones as part of warfare operations.  Not only did the author cover the evolution of striking devices, but he also talks openly about how pilots feel when conducting strike.  As expected, the spectrum varies and to be honest, each side has valid perspectives.  Just like anything else in life, how we perceive the use of drones, will come down to our belief systems and knowledge.

What cannot be ignored at this time is that the people who operate these drones are under tremendous mental health challenges.  The worst their mental state becomes, the worst the consequences can be not only on themselves, but also their loved ones, and those around them.

If you’ve read the book, I would love to hear your thoughts about it.  And if you are like me and are basing your understanding of drone operations solely based on news reports, I highly encourage you to pick up On Killing Remotely: The Psychology of Killing with Drones and see what is really happening behind the scenes.