The Economic Cost of Mental Illness on Corporate Operations in the UK, USA, and Canada 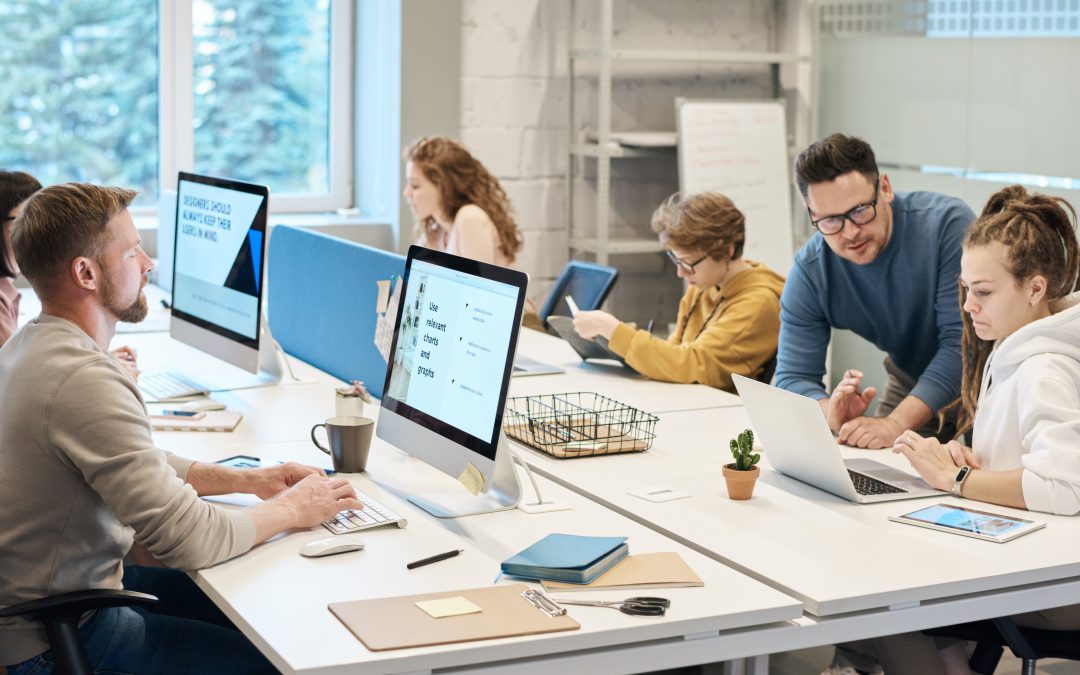 In a 2008 editorial in The American Journal of Psychiatry, Thomas R. Insel M.D. estimated that, “serious mental illness is associated with an annual loss of earnings totaling $193.2 billion” within the US economy. His analysis is not an anomaly. A diverse range of scientific literature and research emphasizes the economic cost of mental illness on employers, specific industry sectors, and national economies.

For example, a 2007 study estimated that the annual human capital losses in the American labor force were $14.1 billion and $36.6 billion for major depressive disorder and bipolar disorder alone. Beyond these enormous economic impacts, multiple scholars and researchers have since expressed the concerns that the macroeconomic costs of mental illness not only exceed the estimates of studies conducted in the late 2000s, but that the costs of workplace mental illness have risen over the past decade. In The Tufts Medical Centre’s 2017 white paper, ‘The High Cost of Mental Disorders: Facts for Employers,’ researchers claimed that the workplace costs of mental disorders have been historically underestimated due to:

In the broader context of developed nations such as the UK, Canada, and those within the EU, similarly high costs to employers as a result of employee mental disorders exist despite national healthcare organizations like the UK’s National Health Service and Canada’s Universal Medicare. The Center for Economic Performance at the London School of Economics maintains that, despite mental illness “costing the British economy around 70 billion pounds in lost productivity and healthcare expenditures every year and account(ing) for 23% of the burden that disease places on the United Kingdom,” the NHS allocates only 13% of its total expenditures to mental health disorders, suggesting that employers may need to place an even greater emphasis on the mental wellbeing of their employees.

A breadth of epidemiological studies in both the USA and the UK has found that no single industry or group of industries carries a higher correlation between industry and employee incidences of major depression and other common mental disorders. This research suggests that general mental health disorders are no less likely to affect employees of one industry than another. However, a U.S. national survey found that some industries, such as accommodation and food services, have a higher industry likelihood of certain specific disorders such as alcohol and substance abuse.

The majority of existing literature surrounding the cost of mental illness on businesses has come from research into major depressive disorder (MDD), a disease which affects 16.1 million American adults each year (about 6.7% of the US population), according to the Anxiety and Depression Association of America (ADAA).

A primary cost factor for businesses with employees who suffer from MDD is impaired work performance, also known as presenteeism. A 2011 through 2015 study found that in a two-week period, employees suffering from depression spent 13% to 29% of their time with impaired working performance. Furthermore, the aforementioned Tufts Medical Center white paper proffers the notion that workplace depression has “negative effects on multiple dimensions of performance.” Employees suffering from MDD may exhibit compromised interpersonal and communication skills, time management abilities, concentration, and physical labor abilities.

Research has found a positive causal correlation between depression and difficulty maintaining focus, as well as depression and chronic lethargy. In addition to the loss in productivity associated with these deficits, additional costs and risks may be incurred as a result of injuries or accidents in the event that employees suffering from MDD are required to work with heavy machinery, vehicles, or in situations of stewardship over a human life. Psychologically intensive work, such as that performed by those working in the medical industry such as doctors, nurses, and surgeons, has been found to make time management and output tasks even more difficult for depression sufferers, which may lead to unnecessary and avoidable injury or death as a result of practitioner oversight. In addition, the limitations in interpersonal skills exhibited by MDD sufferers may cost employers return business or sales if suffering employees regularly interact with clients or work in customer service.

Another cost factor for employers of MDD-suffering workers is time lost as a result of employee absences; employed adults in US households with depression missed an average of six to eight more days per year than non-depressed employees, while a study with a much larger sample of insurance-covered employees with depression yielded an average of 26 additional absence days per year more than the average non-depressed worker, and depressed workers had 2.5 times the absences of control workers in Lerner’s 2014 study. Underlying factors within the studies such as available paid leave time and employer flexibility led to varying estimates, although this serves as a reasonable stand-in for the real-world variance in employers and job types which affects the conditions of sick leave and paid leave from work.

Necessarily, absenteeism as a result of MDD costs employers an enormous sum each year, with any historical lack of productivity being compounded by paid leave on the company’s behalf while the patient ultimately seeks treatment for their disease. The CDC estimates that productivity losses linked to absenteeism cost employers an average of $255.8 billion in the US, at $1,685 per employee annually.

The final major cost factors for businesses as a result of MDD are those associated with turnover, disability, and mortality; in essence, the costs of losing and replacing a valued worker. Although the social and human costs of losing a worker can be enormous, the economic cost can be quantified; per data from a 2010 study used in Tufts Medical Center’s white paper, “on average, it costs approximately $4000 to replace each employee.” This figure is based on a range of $2000 to $7000 per worker varying by other factors such as the nature of the worker’s employment and the specialization of their skills. As is expected, workers who suffer from untreated depression, MDD, and other mental disorders are more vulnerable to higher-than-average industry-wide turnover events (the US Bureau of Labor Statistics calls the industry turnover rate the “churn rate”), which is costly for businesses who may lose multiple workers at a time.

Typically, adverse macroeconomic market conditions leading to major job loss events cause depression-suffering workers who lose their jobs to struggle to find replacement employment, leaving them at risk of being chronically underemployed or inadequately employed to support their families, leading to a vicious cycle of negative events that serve only to worsen the worker’s mental health disorders. David Dooley et al. describes this as a “sequential reciprocal relationship between psychological well-being and employment,” explaining that “those with higher depression … exhibit greater risk of future job loss.”

According to the National Alliance on Mental Illness, the rate of unemployment is 5.8% for adults who have mental illnesses and 3.6% for those who do not, emphasizing the higher turnover rate of mentally unwell employees as well as the potential for companies to miss out on hiring talented employees due to employment prohibitive mental illness.

It is clear that employers can benefit not only their own companies by funding employee mental health support, but the economy as a whole. For existing workers, work disability and injury for mentally unwell employees can incur considerable costs for employers via health insurance coverage and employment benefits. In fact, the Integrated Benefits Institute found that “short-term disability claims involving a primary diagnosis of depression resulted in an average of 72 covered absence days compared to 50 covered absence days for claimants without depression,” although some employees are covered under plans such as long-term disability insurance.

Finally, deaths as a result of suicide or substance abuse, though relatively infrequent within a single organization, contribute heavily to the cost of operational mental health illness. Costs for employers include those that are tangible, such as compensation for families and higher insurance premiums, and those that are intangible, such as the adverse effect on general company morale and negative public perception of the employer. The loss of an employee to mental illness often causes rippling waves of depression and sadness throughout the organization, and a key employee’s mental health can have strikingly negative effects on individuals within the organization. For the employer, a struggling worker can quickly spiral into an accelerated loss in productivity and higher turnover as a result of knock-on sadness and apathy in other employees.

While it is clear that the economic burden of mental illness on employers necessarily carries a wider scope than the simple costs of lost productivity, and that employee mental illness can carry a plethora of avoidable costs for employers, many employers still fail to adequately monitor and foster mental wellbeing within their organizations.

A 2019 article published by the Society for Human Resource Management cited a study detailing that 62% of millennials said they were comfortable discussing their mental health issues, compared to only 32% of baby boomers. The article then pointed out that, in general, companies with younger management teams tend to have more provisions in place for employee mental health support than those led by older managers and supervisors.

One of the greatest challenges faced by well-meaning employers who seek to support the mental health of their employees is a stigma surrounding workplace mention of mental illness – 68% of employees worry that mentioning a mental health issue to their superiors could adversely affect their future job security, per a 2019 study by Businessolver, and that although 60% of millennial employees reported having a mental health lapse, only 1/3 of those employees mentioned their difficulties to their employer. In workplace environments where the majority of employees feel hesitant to mention their mental health struggles and experiences, it can be difficult for workers (and managers) to find the space to start a dialogue surrounding mental wellbeing, particularly when there is no precedent of such personal discussions at work.

In today’s era of heightened mental health awareness and boundless technological growth, more and more options exist for employers looking to improve the wellbeing of their staff. Improved assessment methods, reduction of stigma, and accessible support for those in need will provide broad economic and social benefits to both private and public endeavors.