The Mental Health of athletes is not properly supported 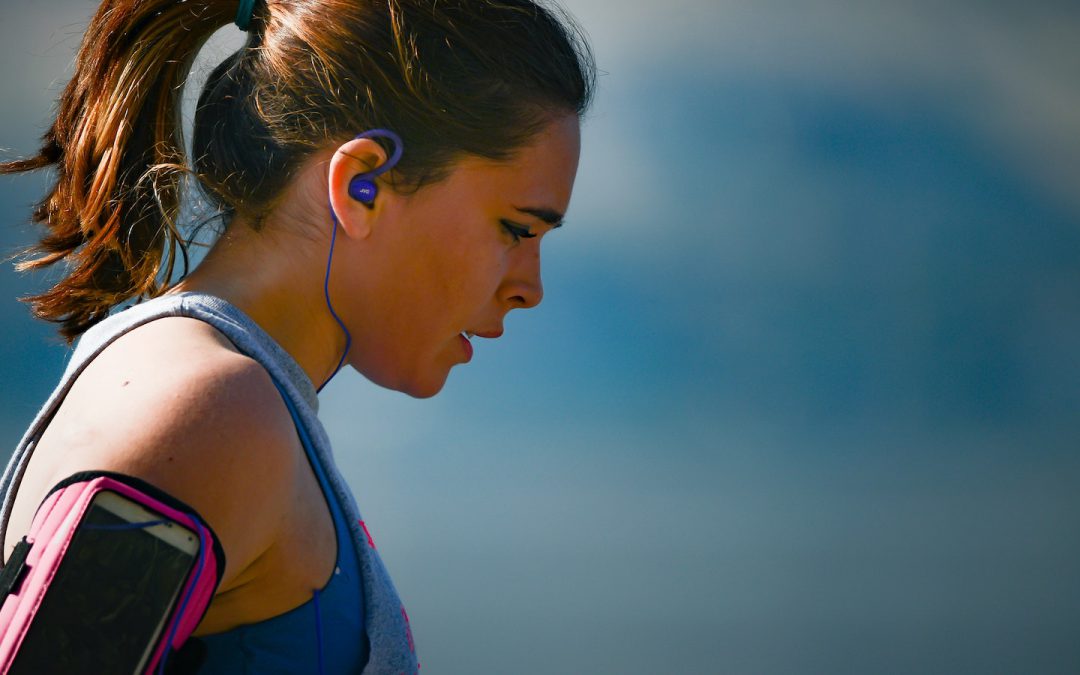 In the last 12 months, the issue of the mental health of athletes has burst into the public eye via numerous high profile media stories. In professional, amateur, and college sports, the number of suicides and athletes suffering from a Mental Health issue is constantly on the rise despite a constant influx of new Mental Health related products.

Women and minorities are particularly at risk given the ever-increasing pressure to perform, especially in College settings where suicide is the second-leading cause of death for college students, according to the American Foundation of Suicide Prevention. Why are we putting athletes in this situation and shouldn’t there be a better way to help this group reach its true potential ? Shouldn’t we stop applying band-aids to gaping wounds?
To do so means getting to the roots of the problem.

The impact of stigma

Let’s start with the biggest elephant in the room: Stigma. In sports, mental health carries an incredible stigma and it is impossible to bypass it. In the last 2 years a myriad of athletes have expressed their mental health struggles:

We should be praising these athletes for putting pride and ego to the side and being open about their issues. But let’s not omit the consequences they faced due to their actions :  Osaka was fined and threatened with disqualification for not showing up at the interviews.  Biles and Shiffrin were ridiculed to no end – not just on social media but also in mainstream media – for their, so-called, weaknesses.

Yes, weaknesses.  In sports, having mental health issues is perceived as a weakness.

It can be traced back to how kids are taught sports. From a very young age we’re told that playing hurt is ok and that there is a difference between being hurt and being injured.  Athletes always push this line between hurt and injured further. This is why so many end-up with long term physical injuries and also why the mental impact of their commitments show up once they have to stop.

As Reinder Lubbers, a former Olympian rower told us:

Athletes at all levels often feel the need to show the world, their families and friends that they are the best at what they do. This image becomes part of who they are and can quickly be solidified by friends and family’s behaviors around performance.

When this happens, it becomes increasingly harder to show weakness.

Coaches also have a large role in the problem as many are still of the “old school” mentality, only looking at the physical performance and entirely ignoring the mental side of things. As a result athletes don’t always have the right sparring partners to help them cope and grow.  Without strong, independent, support, they have to revert to not sharing their issues and “play hurt”, even on the mental side.

In American Football, there’s  a saying that the game is 80% mental and 20% physical. As an athlete, every single day you have to give it your all. You want to win. You want to be a starter on that field. You put yourself through places, mentally and physically, you never thought you could take yourself. After my career ended as a collegiate football player, my mental well-being was tested further than I could have ever imagined. I believe every athlete deserves an opportunity to track and improve their mental well-being, just as much as their physical well-being.

Interestingly enough an athlete showing up overweight at the start of the season or getting repeatedly injured is not deemed weak but merely unlucky (or lazy). With mental health, you are weak.

How does money impact mental health?

Money is a double-edged sword in sports. Most athletes, especially in their early career, play sports for results and passion. They have an inner fire that propels them.

As time passes, especially in professional sports, money and mental health are intertwined. This is not a cost of care issue, though these costs can be quite high – but rather how the ever increasing amounts of money in sports are creating huge challenges for athletes.

Throughout the world, sports is one of the few conduits where someone can transform their lives and the lives of their families. When a kid starts to perform in the favelas of Rio, he carries a huge responsibility to succeed.

The mental toll of knowing that the livelihoods of dozens of people rest solely on your shoulders can be an enormous burden. The mental pressure related to money can be shattering. For example, Chase Baker, a former NFL player told us about people experiencing sleep paralysis (https://www.webmd.com/sleep-disorders/sleep-paralysis) during training camp.

This condition is often the result of mental stress and can be directly linked to the high-stakes, high rewards of these camps when making the team can be a life changer on the financial side.

In the United States, especially in high school, sport is often seen as an opportunity for a free education. Be good enough in one sport and you can get a free ride at a university, greatly changing your life’s prospects. As a result, sports has become a large business.

Parents are investing huge amounts in organized sports in hope their kids make it. And sports federations have jumped on the monetization bandwagon. For example, even in a minor sport -compared to football, soccer, basketball- like water polo, the federation charges different membership fees. What justifies the higher fee? The right to participate in certain events including the olympic development program. So if you want your kid to be seen, you have to pay more.

It adds up really quickly. In his recent golf hall-of-fame induction speech, Tiger Woods talked about his parents taking out a second mortgage on their house to pay for his travel expenses when he was a junior golfer.

One of the athletes we talked to told us the story about how, after tearing up his ACL yet again, was immediately concerned about his parents and whether they would be able to afford the medical bills.

While the parents feel the pressure in the wallet, the kids are the ones who have to take on the mental cost of expectations. Sports is no longer a distraction, it is now a differentiator and a source of stress. What can the kids do? They shut up and try to perform because that is what they are supposed to do.

Some make it but are greatly impacted afterwards. For example, many Olympians including Michael Phelps, are starting to open up about their struggles. The excellent documentary “The Weight of Gold” is an eye opener. It showcases how difficult it is for top performers to cope and why their struggles may lead some athletes to taking their own lives.

When they do, the saddest facet of mental health issues comes back to the surface: Friends and family alike all say “we had no idea, we did not know it was that bad”. As a former Olympian put it:

The challenge is also to distinguish between someone having a mental performance issue vs. a mental health issue.

It is a sentiment shared by Bella Longo, a track and field Athlete at the University of Colorado.  Bella also pointedly described:

How a mental performance issue, such as “not being able to get in the zone” for a competition, can eventually fuel mental health problems and vice-versa.

So while the roots and consequences of the two differ greatly, they are very intertwined, making detection even more critical.

Throughout human history, the biggest improvements in medicine have been when we moved upstream from treatment to prevention. Think of cancer: We are now at a stage where many cancers can be treated and managed. Yet, even for the most commonly treated ones, doctors all agree that the sooner the cancer is identified, the greater the odds of recovery.

Mental Health should be no different. Sadly, we are still extremely bad (and that is being generous) at properly assessing and diagnosing mental health.

The current methods used in psychiatry are mostly paper based, like the Phq-9 test for example. However, these tests are just that. Tests. Take a trip back down memory lane when you were going to school and taking tests. What happened then? Some answer truthfully, some know that the results may impact their lives, others may not be able to understand the questions properly.

Between stigma, fear, and plain depression, these tests may not reflect the true state of a person. Also, they are often taken once people are already far along in their mental health struggle and the road to recovery is much steeper.

The same way athletes track all their performances, they need a better, more objective, way to track their mental health.

How can we move forward?

Psychiatrist Dr. William Lemley and many other professionals, feel that:

Athletes need a tool that can help them monitor their state of mind on a regular basis so they, and their coaches, can receive a warning when the indicators start going the wrong way.

This philosophy makes sense because data shows that the sooner you can intervene during a crisis, the more likely you are to prevent bad outcomes, all the way to reducing suicide fatalities. This is also the conclusion of a landmark study (https://pubmed.ncbi.nlm.nih.gov/27996330/) showing that a disproportionate number of completed suicides in current and former professional football players have occurred since 2009 and that providing at-risk retired athletes with mental health treatment will likely reduce their suffering and improve their quality-of-life.

Thankfully modern technology has advanced considerably within the past quarter-century, opening the door for countless new projects to soar (like virtual diagnosis). In the case of Okaya, we rely on voice and video to assess someone’s mental health levels. The AI uses computer vision to detect facial landmarks, NLP/voice activation to discern between voice patterns and listen to a person’s concerns, machine learning to apply datasets relevant to the analysis, and data bias to minimize inconsistencies. Our goal is not to displace mental health professionals and coaches but rather to enhance the diagnostic process so that patients can receive the best treatment possible as early on in the process as possible.

Changing the outlook on athletes’ mental health is, of course, about saving lives but also helping athletes perform, regain their identities, and fulfill their goals. Alia Gray, one of the best marathon runners in the US, summarized the stakes very well:

As you mature as a competitive athlete, you begin to realize just how important the mental approach to training and competing is. At a certain level of competition, willingness to work hard and talent are mere table stakes – the true champions set themselves apart by their ability to hone mental acumen, identify burnout early, and maintain focus in times of high stress or pressure.

We are all playing a role in supporting Athletes’ mental health and hope you join us in driving the change.

To learn more about Okaya and how our AI is revolutionizing mental health diagnoses, schedule a demo today.

Although we have described Okaya in this specific usecase, our technology can be embedded in any app and is used, and validated, with mental health assessments in a variety of settings, including armed forces, first responders, and athletes.