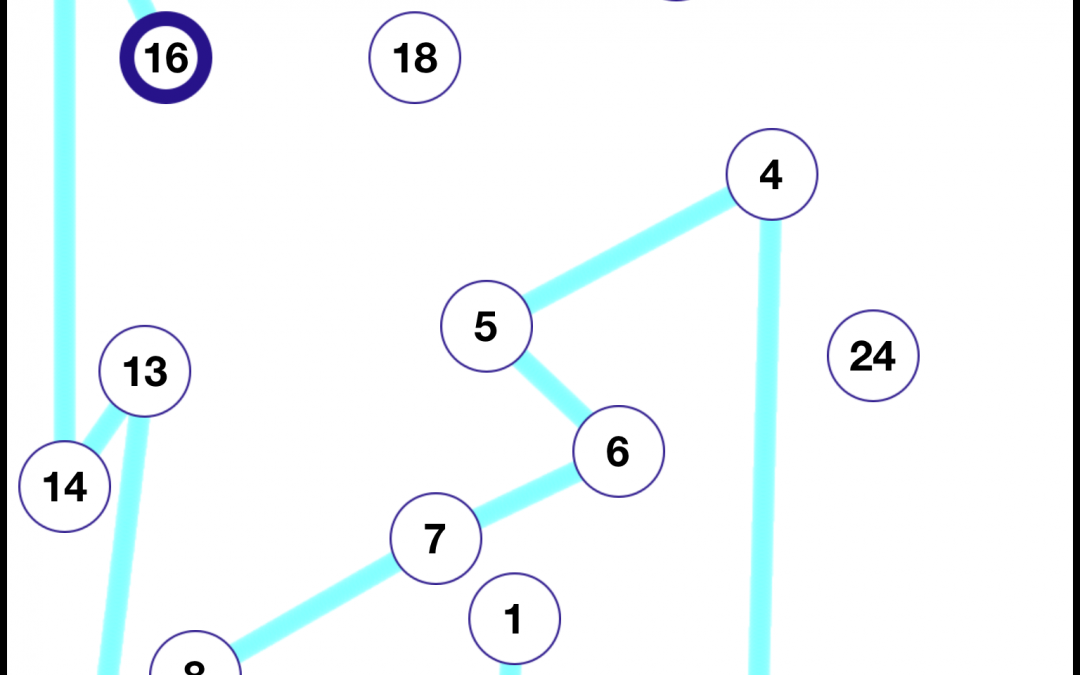 The Trail Making Test, created by neuropsychologist Ralph Reitan in the 1940s, is a neuropsychological test of visual attention and task switching. The assessment consists of two parts which require the participant to connect a set of 25 dots with accuracy in as short a time-frame as possible. See above for an example.

Part A of the test requires the subject to draw lines between numbers to create a sequence, and Part B requires alternations of letters and numbers (1-A-2-B…) as quickly as possible. It can be used to provide information about scanning, processing speed, visual search speed, mental flexibility, and executive functioning, and can identify cognitive impairment that could suggest dementia or Alzheimer’s disease.

The assessment is scored based on time taken in seconds, with lower scores being better. Poor performance can indicate many types of brain impairment, as mentioned above, especially in the frontal lobe lesion of the brain.

This test is a useful, brief diagnostic tool when used in clinical settings for detecting all sorts of cognitive impairment and dysfunction that could result from brain damage or be associated with dementia. The test is extremely versatile in measuring various constructs, such as working memory, flexibility, intelligence, abstraction, processing speed, among others.  It is a relatively simple and easily administered test for doctors.

In addition, there are multiple forms of the test, such as the Color form, to make the assessment more accessible for non-native English speakers or patients with disabilities.

Various studies have shown that overall results and performance are affected by individual differences, such as age. Older age generally negatively impacts performance, even without any cognitive impairment, but this factor is not taken into account in the scoring, which can lead to some discrepancies.

Despite the age factor, the Trail Making Test is widely used in neuropsychological research to test for an abundance of cognitive abilities. When used in a clinical setting, it has proven to be a reliable, easy, and free diagnostic tool for such, as well as for indicating various conditions and impairments.